We cater for large private groups ranging in size from 6 persons up to 200.

Large private tours can be large family groups, corporate groups and spiritual groups or a group of friends or colleagues.
We can customize your tour to suit your requirements. We have a range of modern comfortable coaches with the best guides.
Please see below one of our most popular large private itineraries. We have many more itineraries for large groups – get in touch and we can customize one for you!

You will travel through Dublin City to see historic buildings such as Trinity College, where the Book of Kells is housed; rows of Georgian houses and the new buildings around the Financial Centre beside the River Liffey. Hit the Guinness Storehouse for a pint of the black stuff and pull your own pint! Why not take a tour of Dublin Castle, which was the seat of power and government for many centuries and today plays a leading role in European Union activities. 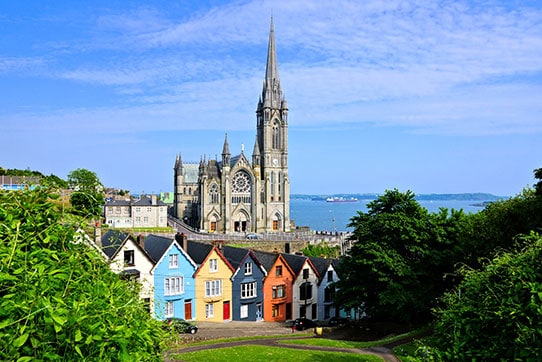 Depart Dublin and travel through the midlands of Ireland, which has some of the best farmland in Ireland. You will be itching to stop for photos at the majestic ruins on the Rock of Cashel, rising high above the surrounding countryside where you will fall in love. You will continue your drive south and, just a few miles outside Cork city, you will want to visit Blarney Castle to kiss the famous “Stone of Eloquence.” We recommend you stop at the Blarney Woollen Mills where you can find quality Irish made goods of all types to take back home with you. 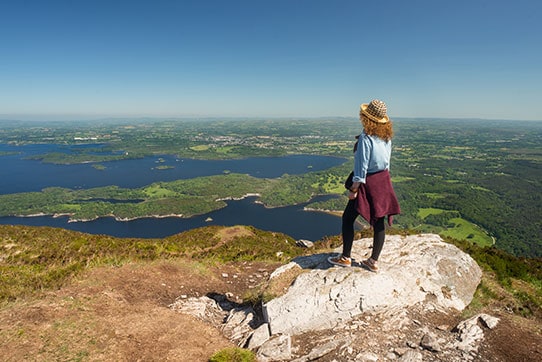 The Ring of Kerry, Kerry, Ireland

Today you will experience one of Ireland’s most stunning scenic drives  –  the 100 miles long Ring of Kerry. You will inhale the breathtaking sights of the Macgillycuddy’s Reeks as well as coastal views of beaches and cliffs. Learn about the off-shore islands where early Christian monks lived in austere conditions and how they were used as one of the locations for “Star Wars VII” movie. Stop for a stroll around Sneem, with its brightly-painted houses and again at Moll’s Gap for panoramic views of Ireland’s highest mountains and deepest valleys. You will stop and get a flavour of farm life with a sheepdog demonstration of herding flocks, a shearing demonstration and see different breeds of Irish sheep with the Irish farmers at their farm house. 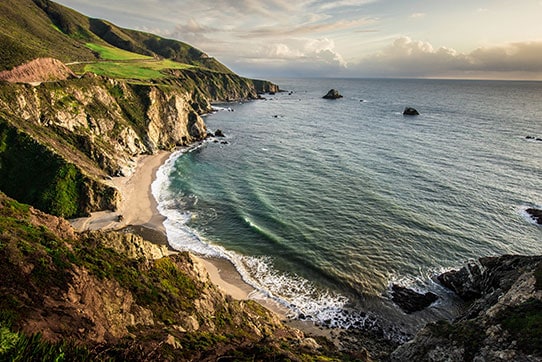 You will continue your journey to Clare, and drive north to Tarbert for a 20-minute ferry ride across the wide River Shannon Estuary, the longest river in Ireland or the UK. You will want to continue along the Clare coast to the Cliffs of Moher, a spectacular wall of sandstone that reaches to almost 700 feet above the Atlantic Ocean. Head onto the marketing town of Ennis and then hit Bunratty, visit the Bunratty Castle and Folk Park and maybe stop at Durty Nelly’s to grab some great traditional Irish food. 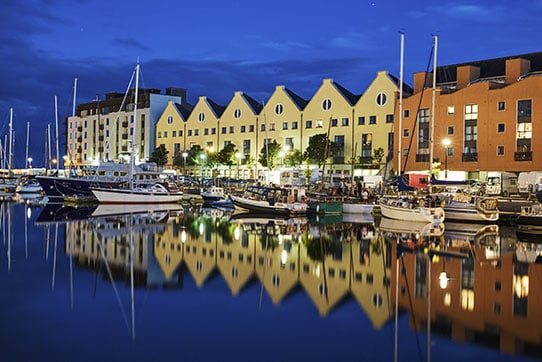 Travel northwards to Galway City for a real treat and take in the unforgettable views. Take some time to look around the city before travelling out along the famous Galway Bay to Spiddal where the locals still speak the Irish language. You will head across the rugged boglands of Connemara to Moycullen to visit the Connemara Marble Factory. You will see how locally-quarried marble is made into attractive products and enjoy the good auld tea and scones. Then you will travel across the country to Dublin and check in to a different hotel. 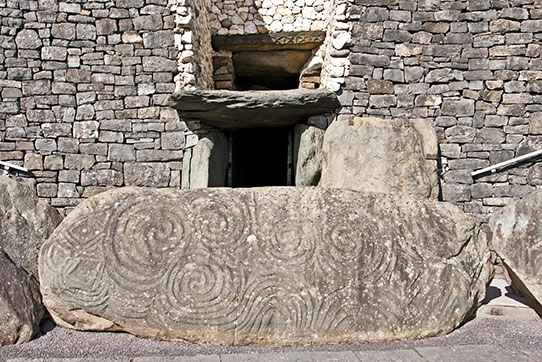 Travel to the mysterious County of Meath known as the Royal County which derives its name from the Second Century AD as a territory for the High Kings of Ireland.

The abundance of historic monuments within this area testifies to the ancient importance of this region and some of the most important historic sites and monuments in Ireland dot the landscape here, for example the UNESCO World Heritage Site at Brú na Bóinne. (Newgrange)

The famous River Boyne flows gently through County Meath and along Co. Louth before flowing into the Irish Sea at Drogheda. You will be able to get picture perfect images of the Boyne in Navan. The Valleys of Meath’s fertile soil has ensured that it has been inhabited continuously from the end of the Ice Age.

GET YOUR PRICE TODAY